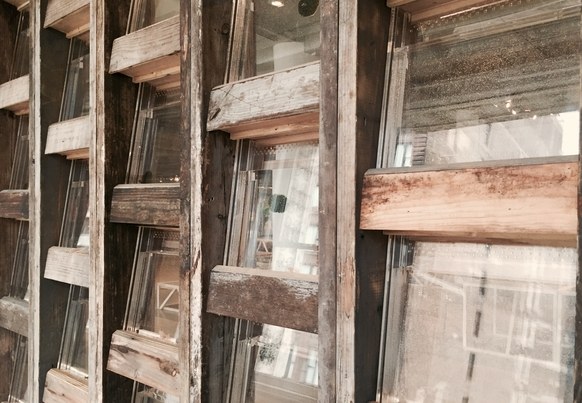 This is a very exciting article that has been discovered lately and we are eager to share it with you. The article about the living glass wall has been published by Wired and explains how the artist takes advantage of nature to create a living artefact that has the potential to inspire the future of architecture. Please read our main insights below (excerpts from the article) or click through to the original article at the bottom.

Typical glass-enveloped buildings are built from three slabs of glass. In between these panes are cavities that are totally inert and are used to control insulation and light transmission.

For Amphibious Envelope, Benjamin worked with Ali Brivanlou, head of Rockefeller University’s Stem Cell Biology and Molecular Embryology lab, to figure out how they could create a synthetic ecosystem that would mimic the function of a double- or triple-pane window. They wanted to see if they could create insulation, protection, and shading through natural means.

Benjamin and his team are proposing to replace those two inert cavities with living, dynamic ones. The first cavity is filled with air, the second with water, a frog, and food for the frog. These frogs act like biosensors that can track how much oxygen is in the water at any given time. As the tanks lose oxygen, the frogs swim to the surface of the water to grab air and, in doing so, trigger an electronic sensor. These digital sensors pull in air from the outside of the facade and pass it through the water-filled tank where it becomes purified. Once the air bubbles reach the top of the tank, they’re pushed up and out of an opening at the top, essentially releasing purified air into the space behind the facade.