Next Media identified innovation and business drivers with impact on the media sector in the year 2020 and beyond. In a world wide crowd sourcing approach 38 authors have contributed individual articles containing possible scenarios, from both industrial and academic viewpoints. In order to achieve holistic views of the future the authors were encouraged to ignore borders between media sectors and between media research areas. The resulting 42 articles have been clustered into nine dimensions by nine expert editors with the goal to create concrete outlooks beyond the current trends in the media sector. 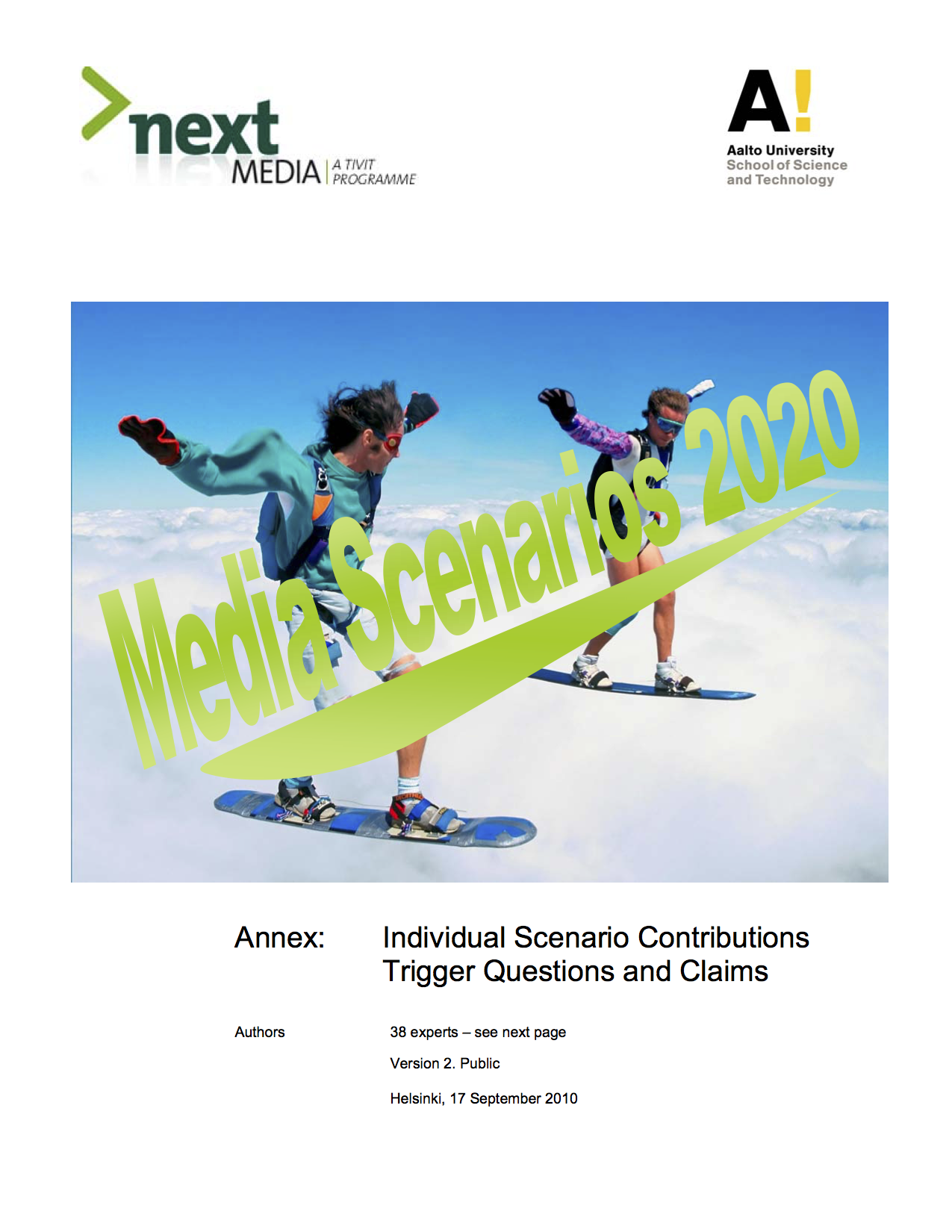 Over the recent years the virtual world has been taking off, be it is the networking sites such as facebook or linked-in, or ‘real life replacement opportunities’ such as second life. I guess I have already given my take on these developments away, at least regarding the latter… it is all very exciting, no doubt about it, but I can see some less exciting and actually a little worrying aspects about it too. These concerns are at the individual as well as the societal level.

What are these concerns, you may ask. What I am worried about at the individual level is that at some point – which might already lay in the past – people will no longer be able to discern what is real and what is virtual. I feel reminded of the 1979 firm ‘Being there’ with Peter Sellers who plays a gardener who has until his employer’s death never been outside his house. Once encountering the real world he believes, amongst other things, that unpleasant situations go away when hitting the ‘off button’ on a remote control. What is it, that people spend real money in the virtual world, and even get a divorce because the husband’s avatar has had an affair with someone else’s avatar in second life??? How close are we to life as depicted in the film ‘Matrix’ (1999)?

What are the consequences for society? If the virtual is so real that it is difficult to distinguish from real life, what are children growing up firmly in both words able to tell the difference? Why not stab someone, it does not have traumatic consequences in the virtual world – and such stories are starting to happen.

I believe that we are too much led by an excitement of what is technologically possible, rather than also asking the question whether, from a human development perspective, it is actually desirable.

Having said that, the existence of the digital world has changed how we work, connect and meet in amazingly positive ways too! For example, I am flying half way around the world to speak at a conference without having ever met the people who have invited me, in fact, without even knowing the people who have invited me. Something I believe would have been quite unimaginable for my father’s generation. I still remember the initial unease when paper tickets went out of fashion in favour of electronic ones…

Perhaps I am just getting a little old, and the world is changing faster than is comfortable and acceptable to me. Perhaps it is just that the technology is not quite as developed to allow experiencing those who are in another part of the world as if they were right next to me. May that be how it is, I still believe nothing beats face to face relationships, and having a chat over a glass of wine.

Everything has its two sides, our challenge is, how to ensure we focus on and work with all the positive aspects that virtuality has to offer. 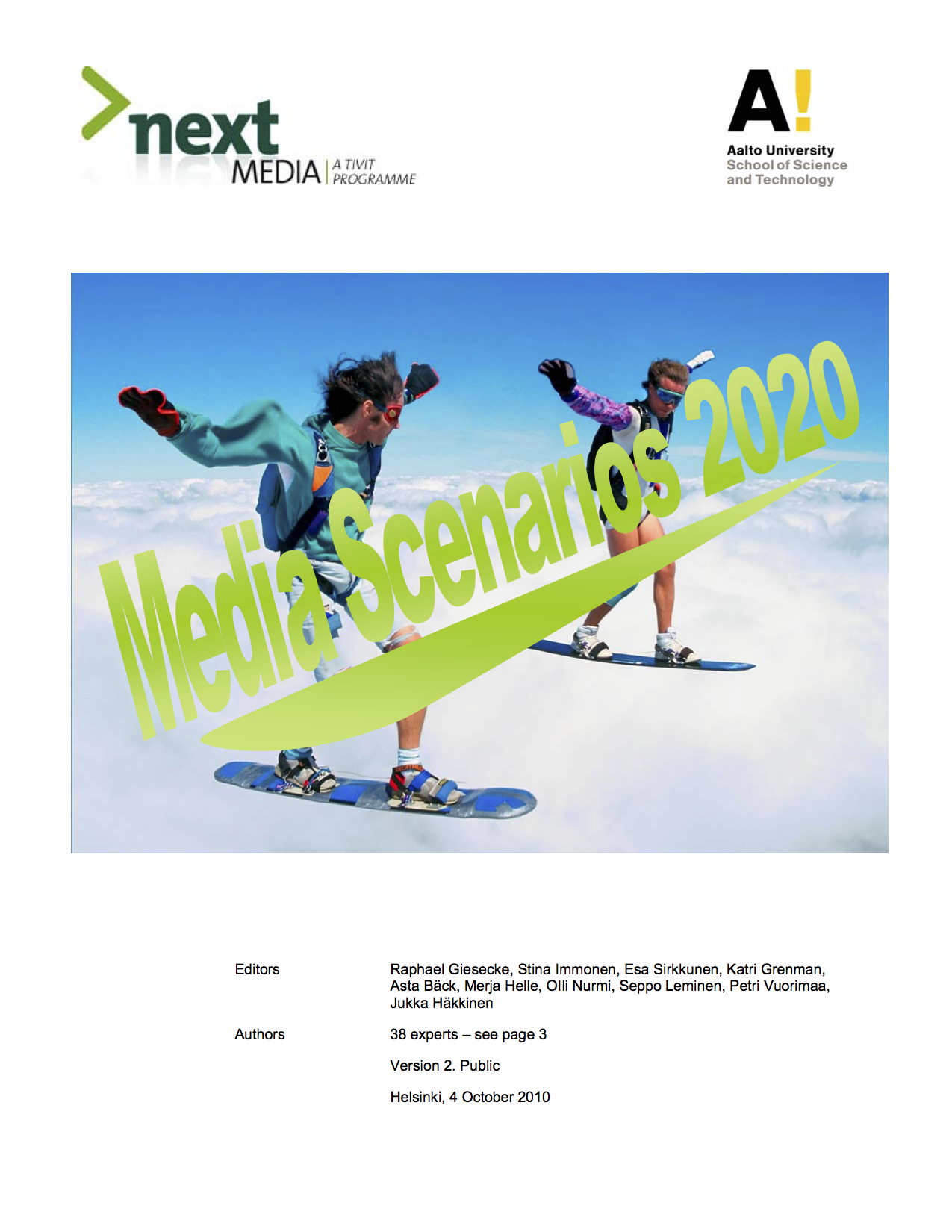 Download the full report. This document is targeted at executives, managers, media professionals and researchers who are interested in a long term view of the Finnish media sector. 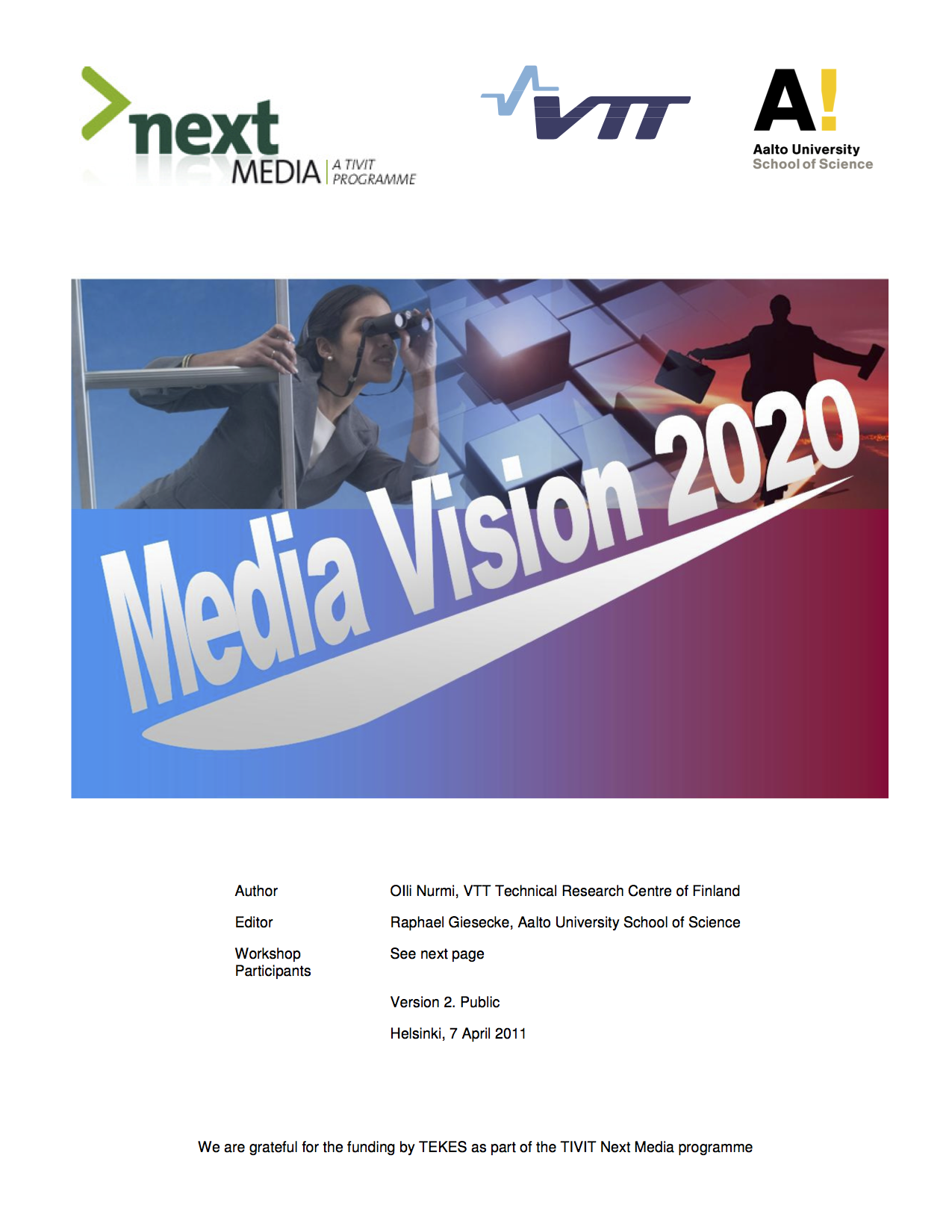 Download the long term vision for the Finnish media sector, aimed at the year 2020.