Here article No 2 in a series of 7 in which Bettina takes a look at Leadership Paradoxes, first published on guardian.co.uk, Tuesday 14 May 2013 12.58 BST

Collaborating with people who think in the same way is never going to produce anything radical. Companies need work with the unusual suspects 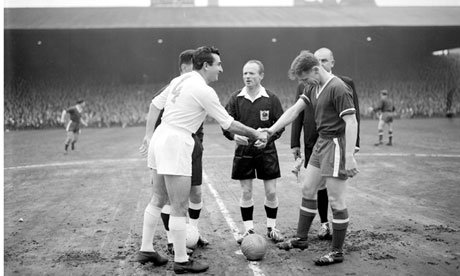 Collaborating with competitors may seem a foolish, but by working with unusual suspects companies can be innovative and gain a competitive advantage. Photograph: Pa/PA Archive/Press Association Images

If someone suggested you ought to collaborate with your competitors, what would your immediate reaction be? “Don’t be ridiculous?” Or perhaps “why would I want to do that?” The latter is a much more interesting question.

First, don’t we hear the cry for more, and radical, innovation from all organisations regardless of their background and context? Well, innovation, particularly radical innovation, happens when connecting previously unconnected bodies of knowledge. Continuing to collaborate with the same people, from the same context, in the same way is not going to achieve that. Hence, if we want to innovate there is nothing better than collaboration across communities.

I believe this is one of the reasons that open innovation, crowdsourcing and lead-user innovation are so successful. As Jeffrey Davis, head of the Human Health and Performance Directorate at NASA’s Johnson Space Centre, has said: “In opening up the problem-solving conversation to include those from outside the agency, NASA acknowledges that, for all of its technical wizardry and know-how, it simply doesn’t have all the answers. This [open innovation] was about finding new approaches, new people and new organisations that were previously unknown. We thought we knew all of the players in the field, but we really didn’t”.

Does this also mean we should focus on what we want to achieve, rather than on what the competition does or where our existing competencies could take us? No. We should look towards the competition to find inspiration for how we can set ourselves apart. What is the competition not doing that we could do and do well?

If we are seeking unique solutions to the challenges we have identified, it makes sense to look where we have looked before keeping in mind that – as innovation broker Innocentive has found – “we find that many of the best solutions… come from outside the industry in which they are posted”.

Rather than focusing on what is possible we should focus more on what is needed. Global management firm Booz&Co found that companies using needs (rather than technology or competitor offerings) as starting point for new developments “are most likely to deliver superior differentiation, profitability, and growth in enterprise value.”

Focusing on contribution and wider social and environmental challenges creates competitive advantage in unusual ways. It inspires customer loyalty and attracts dedicated and committed employees. A study Bain & Co conducted over a seven year period found: “companies with highly engaged workers grew revenues two and a half times as much as those with low engagement levels”.

It also enables collaboration, partnerships and support from unusual quarters. Nike’s engagement to battle the “growing epidemic of physical inactivity” has attracted support from unlikely quarters such as London’s mayor, Boris Johnson, and opened up collaboration opportunities in fields as varied as urban design, healthcare, entertainment and gaming, education, and government. It seems that it also pays in financial terms. In a difficult, competitive environment Nike’s revenues rose 10% in the first quarter of 2013.

If you focus on pursuing an inspiring and worthwhile ambition, you will find that you attract unusual suspects who will collaborate, innovate and help you to gain a competitive advantage.