Here article No 2 in a series of 7 in which Bettina takes a look at Leadership Paradoxes, first published on guardian.co.uk, Friday 22 February 2013 10.26 GMT 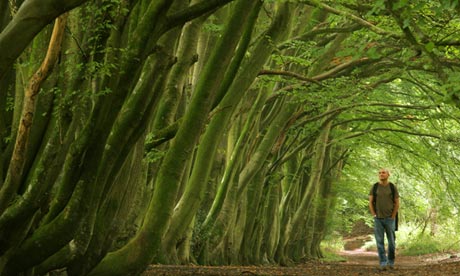 Embracing sustainability, applying lessons from nature to business can save costs and improve profits. Photograph: Alamy

As some top brands have shown, embracing sustainability actually improves profits – to think otherwise would be a mistake

Embracing sustainability, applying lessons from nature to business can save costs and improve profits.

A few years ago when I asked a senior manager of a well known British firm whether sustainability was on the agenda, he replied: “Of course, sustainability of our product portfolio and growth is of major concern to us.” Ah. Not the kind of sustainability I had in mind! The desire to maintain growth and profitability are at the forefront of most managers minds and always have been. Sustainability, in the sense that we need to find a way to manage our planet’s resources for generations to come seems to be quite a different matter.

If just being able to buy things again drove consumer purchasing decisions after the end of the second world war, a desire for better durability and quality made its presence felt in the 60s and 70s (as reflected in the quality movement). In the 80s it was all about ‘me’ in the Thatcherist era and from the mid 90s onwards there was a desire to go beyond product to ‘experience’. With this in mind, what do you think will increasingly influence consumer decisions in the future?

If I pose this question to a group of middle-aged managers I tend to get slightly puzzled looks, and silence. If I ask the same question of students, be they in Germany, Spain, Mexico or the UK it only takes a moment before ‘impact on the environment’ or ‘social considerations’ are mentioned.

Things are changing fast and it seems that awareness of, and willingness to, embrace sustainability are growing, at individual, organisational and country level. In my third round of interviews for the innovation best practice and future challenges report in 2006, I had no question addressing sustainability, and none of the participants brought the topic up either. Some four years on, in round four in 2010, the picture was different. I had a question on the role of sustainability in organisational decision making but before I could ask, several of my interviewees brought up the topic on their own accord. The willingness of organisations to take responsibility for their actions beyond the economic implications is reflected in an increasing number of companies starting to report on the triple bottom line, a term that was coined in 1997 by John Elkington in his book Cannibals with Forks.

If sustainability used to be the concern of the few, it is now companies such as Marks & Spencer, Nike, Philips and Unilever who are taking a lead. To quote Unilever UK & Ireland chairperson Amanda Sourry: “The old model of ever greater consumption, with growth at any price, is broken. Companies that succeed in the future will be those that reduce their environmental impact whilst increasing their social and economic impacts.”

In 2007, M&S launched Plan A, committing to address challenges on climate change, waste, sustainable raw materials, “fair partnership” and health on 100 specific targets by 2012. It did this despite much criticism in the City. Expecting to invest £200m to achieve these goals, M&S found that plan A broke even early, by 2009/10 it had already added £50m to the bottom line.

So how can sustainability considerations improve profits? Here the four principles of natural capitalism are very useful:

1. Increasing the productivity of natural resources can be achieved by making changes to product and operational processes that reduce waste.  Companies can increase yield by as much as 100 times by doing this, which in turn means any initial investment pays for itself in a short period of time. An example of doing more with less is a cleverly designed shower head which injects air into the water jet, giving the person in the shower the impression of a rich flow of water while actually using comparatively little – perception is everything!

2. The shift to biologically inspired production models, for example, biomimicry, aims to reduce waste by developing closed-loop systems such as the ones that can be found in nature. When understanding and applying insights from nature amazing results can be achieved.

Arup, a construction company,wanted to reduce air-conditioning cost. It searched for an example in nature where inside temperatures remained the same, despite high variance in external temperatures. It found its inspiration in termite hills; applying the principals of these amazing structures to the Eastgate Centre offices complex they were able to reduce heating costs by 90% (compared to traditional buildings of similar size).

3. Move to more solutions based approaches which often means shifting from selling products to selling benefits with the result that the company retains ownership, responsibility and control of their products or materials. An American chemical company were using an old business model where salesmen were trying to sell farmers as much pesticide as possible. Realising the harm this approach inflicts on nature, senior managers of the organisation sat back and thought about what it was the farmer really wanted and realised, clearly, it was pest free fields, not pesticides. So instead of selling bags of pesticides they decided to sell ‘pest free fields’. The beauty of it is that the product (pesticides) is becoming a cost to the company, hence it is in the company’s interest to use as little pesticide as possible. Everyone, particularly nature, wins.

4. Reinvesting in natural capital (renewable resources). While it initially looks like ‘expense only’, it is essential part of preventing high costs arising from disasters such as high winds and floods. For example, deforestation in China’s Yangtze basin led to floods that killed 3,700 people, dislocated 223 million, and destroyed 60 million acres of cropland. The total costs of the disaster amounted to £30bn. Working with, instead of against, nature is the solution. For example, the California Rice Industry Association decided to allow 150,000-200,000 acres of the Sacramento valley rice fields to flood after harvest rather than burning the fields. This not only creates seasonable wetland which is ecologically valuable, but creates other benefits such as the replenishment of the groundwater and improved fertility. Through the flooding, the straw that was previously burned (polluting the air) has increased silica content, in turn increasing its resistance to insects which means it can profitably be sold as construction material.

As companies are generally so concerned with reducing costs I am surprised that so few have embraced the four principals of natural capitalism. All they need is awareness, consideration, foresight – and better co-ordination between different departments within organisations.

A tip on how to get started: bring designers on board. It is no surprise that concepts such as design for manufacture, assembly, disassembly and cradle-to-cradle and similar concepts have emerged from the design community.

But some would say this is not really about growth, but cost reduction. However, using natural capitalism principles will actually lower costs, improve product quality and customer satisfaction. In short, embracing sustainability will lead to innovation.

So, growth and sustainability is not really a paradox. In the words of Michael Baumgart, ‘inventor’ of the cradle-to-cradle concept: “Growth and consumption are not wrong – as long as we design, produce and consume in a closed-loop kind of way.”