I am definitely getting old …  thinking of the ‘good old days’.  Yet while I always have a bit of an axe to grind in my mailouts, I hope that you have also noticed that my greatest concern, or rather desire, is to create awareness, provoke a bit of thinking, and provide some inspiration.

I keep being worried about technology – not per se, but how we use it and what it does to us.

Think back, pre 2007, before smartphones.  If I had asked you, do you want to be available 24/7 and answer business related emails evenings, weekends, and during holidays, how many of you would have wondered about my sanity? Yet if asked today, not even 10 years later, how many of you would put your hand up when asked who is NOT responding to business-related emails outside working hours?

The question whether you have two smartphones, one for work and one for your private life is also an interesting one. Two observations: it seems that the answer varies by country.  For example, this question asked in Germany will reveal that quite a few people have two phones; here in the UK not so much so.  As I have been asking this question for quite some years, it is interesting to observe that the number of those keeping two phones is on the rise.

To me it sometimes feels that technology uses us, rather than us using technology …  Well, at least until we become aware, then it becomes a conscious choice.

On this note, how are you of how much time you spend, on email, on your phone? Two pieces of research I’d like to share. The first was conducted in the US and revealed survey participants estimated that they spend 6.3 hours a day checking emails, split about evenly between personal and work related mail; that is 1/3 of our waking hours. The cross over between work and personal life is also interesting: 90% admitted checking personal emails at work- but a similar percentage also looked at business emails outside of working hours.  I find the second piece of research somewhat more disconcerting, particularly in view of the results of the American study: a study conducted by Nottingham Trent University revealed that we actually spend twice as much time on our phones than we think.  Why is this disconcerting? Dr. Sally Andrews, a psychologist at Nottingham Trent University explains, “The fact that we use our phones twice as many times as we think we do indicates that a lot of smartphone use seems to be habitual, automatic behaviours that we have no awareness of.”  Shall I mention that young adults used their phones an average of five hours a day — that’s roughly one-third of their total waking hours?

And are we awake of costs and consequences?  This article published on Insead Knowledge might help open your eyes.  Perhaps we should all ask ourselves the question: am I really so important that the world cannot exist without me reacting to communication instantaneously? While exciting, do we really need to merge with technology more?  DuoSkin is an on-skin interface that allows you to control your mobile devices, developed by MIT’s Media Lab. 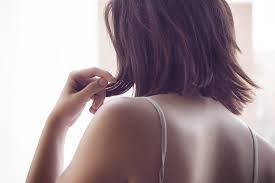 As usual, it is not about the technology per se, but how, why and where it is being used.  There are things to be done with technology that are very exciting!  For example, an App that alerts emergency services and broadcasts your location through a stroke of your hair.

So how aware are you?  Perhaps it is time to set examples: for example by asking those who are working for you NOT to respond to emails after hours; that you yourself should then refrain from doing so yourself goes without saying.  Here the link to an article the elaborates on this. (Confession: I have not yet taken to taking my own medicine on this one!)

There is something else I believe technology does to us, something that, again, we are perhaps not quite aware of: the trend of favouring the artificial and virtual over the natural, and the real.

Is it because dealing with the virtual allows us to filter our actions and reactions, and we can decide what to react to and what to ignore? Is it because it is addictive?  Are we aware how easily we slip into virtuality?

I find it quite interesting that while technology gives us an ever greater sense of independence (from other people, from nature), insights from quantum physics indicate that we are much more and more deeply connected (to each other and everything) than we ever imagined before.  The hierarchies we like to impose seem questionable when realising that a picture of the brain (left) looks just like a picture of the universe (right)…

Are such concerns a sign of age? How do generations that do not know a world without internet feel?  Does a beautiful poem by Friend of the ILF Salvatore Moccia resonate as much with them as it resonates with me?

I still remember when I was YOUNG

I still remember when I was Young.

Yes, Indeed. I still remember how beautiful it was.

I still remember all my dreams and all my enthusiasm.

I still remember when I got my first job at a gas station. I was 14 years old.

The old economy was still reigning. An old economy based on trust, friendship, and honesty.

I still remember when I was young. The political passion, the entrepreneurship enthusiasm at the high school. No internet apps were available.

I still remember when I was young, and all the effort we put in preparing the project in physics: photography. Not the digital one, but that one of the black camera and red light.

I still remember when I was young, and all the football games we played on the road. No FIFA16 on the PlayStation, but real friends from the real life.

I still remember when I was young, and the conversations with the professors at the High School. Real teachers, and Real trainers even without Facebook or LinkedIn.

I still remember when I was young, and the readings of the great literature and the smell of the books. No ebooks were available.

I still remember when I was young, and the search in the public libraries. No Google at all.

I still remember when I was young, and the visit to the farm, and the horrible color and smell of the milk not pasteurized.

I still remember when I was young, driving my bicycle and saying hello to people. No emoticons at all.

I still remember when I was young living my life as a living person.

Do you still remember when you were young? Are you still alive?

Is the new economy giving us the opportunity to remember that?

Join the movement: I still remember when I was young.

(don’t search for it in Internet. It does not exist there. Just look at you.)
Salvatore Moccia, October 2016, with permission

I would like to emphasise that it is not vilifying technology, or sticking with the status quo.  It is about deepening awareness of unintended consequences, and of what we loose. It is about conscious choices, and encouraging the question: what makes us human?

27th September 2021: Interested in how much time we spend on our phones? Check out this article…