Having taken part in a training programme by one of my (few) heroes, Margaret Wheatley at the beautiful Schumacher College in Devon, UK, I realised that one of they most important traits we can nurture in the 21st century is Courage.

I found some lovely quotes that capture why I think that is.

In my view, one of the areas where we need it most is education.

One of the new approaches that seems to spread wide and far are MOOCs (Massive Open Online Courses).  “Is Traditional College Education an Endangered Species?” is an article that reflects on this new way to educate.

As the article points out, younger generations may fall in more naturally with such programmes – which is why I believe that particularly high levels of courage are required to bring forth urgently needed changes in executive education.  The younger generation are already living the new realities of the 21st century. As I like to say, normality is what we experience on a daily basis and the young generation have not know anything different.  Current decision makers have been educated, and experienced a very different reality.  Not only that, they also seem often too busy to notice where, why and how the 21st century is so different. This is something I have concluded based on the answer of such (grey-haired, grey-suited) decision makers to the question: “What do you think is the next big thing influencing consumer purchasing decisions?” (see insert below). 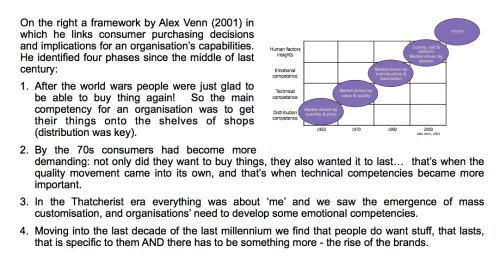 Broadly speaking young audiences, it take a couple of seconds before “social and environmental considerations” are proposed; older audiences on the other hand often remain silent, and what is more, react highly sceptical when I share the answer of younger generations.

In this context I very much like what an UK based insurance company did back in the 90 when someone with great foresight realised that the board of the company had no clue about emails and the internet, and no natural inclination to do anything about it. So they instituted a ‘reverse mentoring’ programme that turned the assumption that the mentor is the older and the mentee is the younger one on its head: young, self-confident graduates were teamed up with board members to help them understand and get up to speed with email and the internet.  Courage – in all its above definitions – was required all round: from those suggesting such a scheme, from the young graduates, and from the board members.

When have you last been courageous? 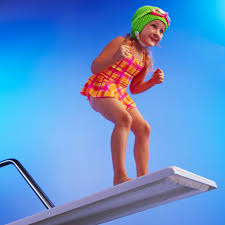