I have been meaning to write a blog about women’s issues’ in the context of innovation and entrepreneurship – today being the equal pay day is a good a trigger as any!

I’ve always had an interesting relationship with women’s issues in as much as I never quite felt that it was affecting me, ie, I have never really felt that I was being discriminated against because of my gender. In fact, in my early years, working as an architect and town planner, I was amused rather than annoyed by the reaction of the – generally all male – participants in meetings who’d expect me to take notes, only to realise that I was the one giving the presentation. I always enjoyed the somewhat puzzled look on their faces… Yet the issue of women keeps finding me, waving a flag in my face, inviting me to take a closer look – in the mirror and at what is happening around me.

Actually, let me stop right there. ‘Issues’.  I think I may have an issue with ‘issues’. It sounds like we women are the problem … Perhaps I am bothered by women issues after all?  There clearly are some differences that are indicative of the still prevailing unfairness and discrimination:

I find it rather alarming that we feel the need to celebrate the following news: 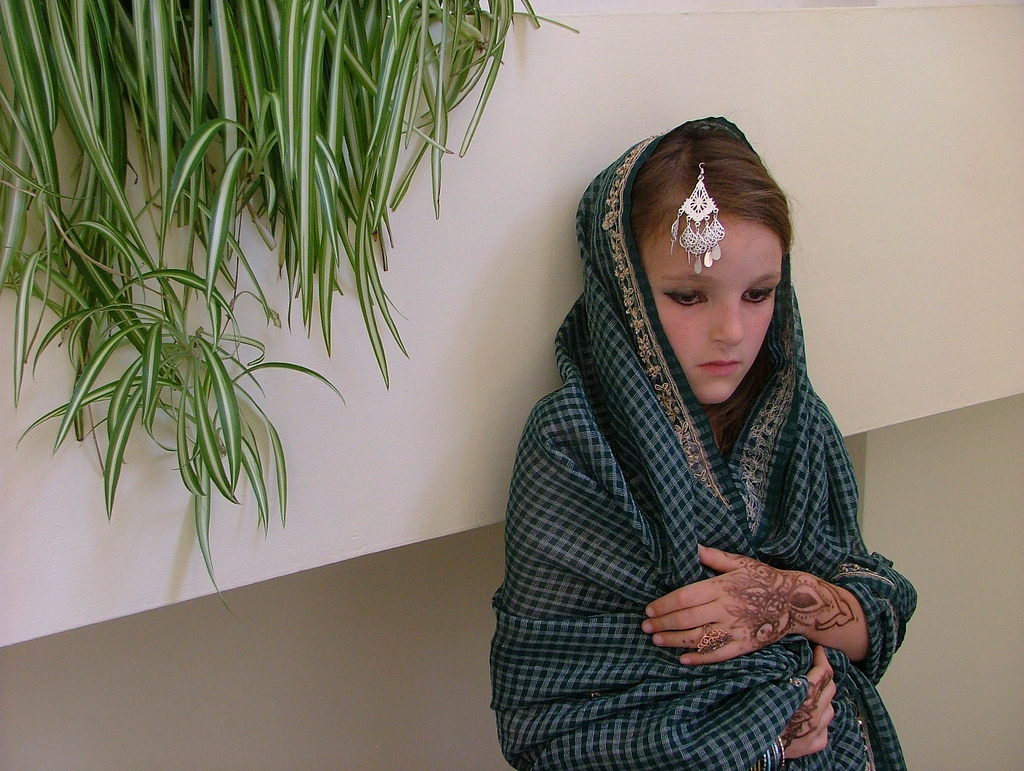 Come to think of it, it is perhaps not that surprising, given that in the Canton of Appenzell Innerrhoden, Switzerland, and Lichtenstein the right of women to vote was granted a mere 33 years ago, in 1984.

All of this in the face of increasing evidence that it is not only morally appropriate and fair to treat women equally, there is also a strong business case to be made for it, which seems to be an argument that makes, dare I say, men take note.

Interestingly, female founders dominate list of 12 startups selected for first HR-tech accelerator in Australia, which leads us to the innovation side of things!

The Global Entrepreneurship Monitor (GEM) 2016/17: found that women entrepreneurs have a 5 percent greater likelihood to have innovative offerings compared to men. The study also found that, 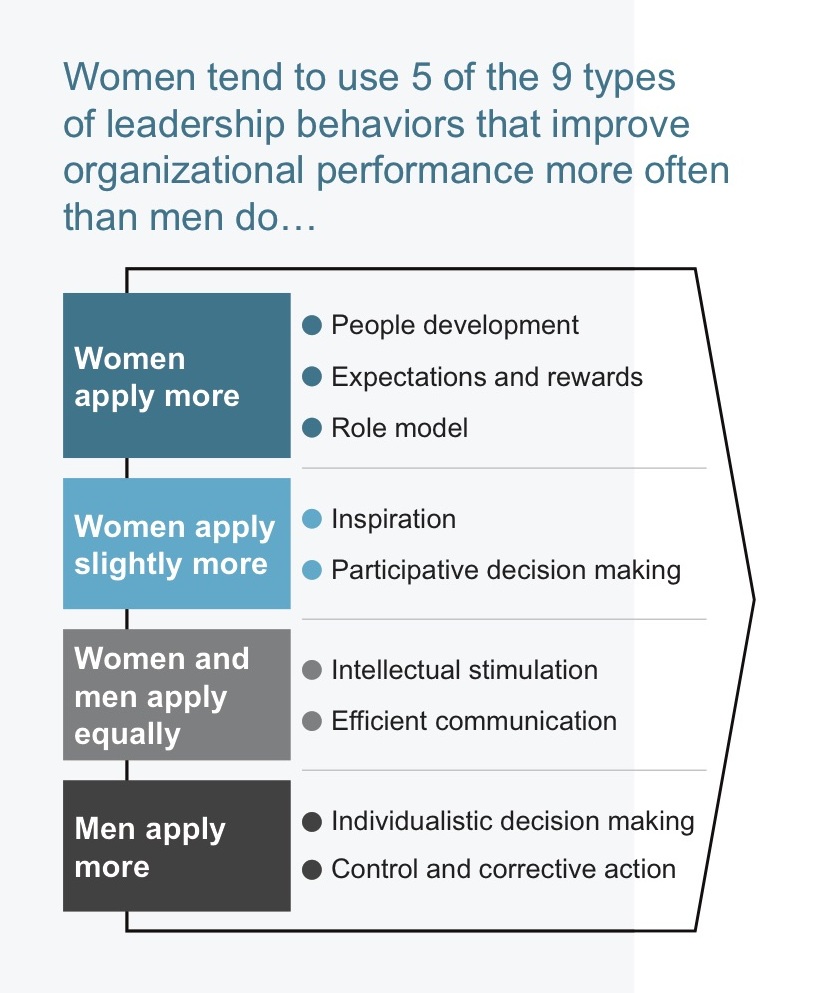 There is even evidence that “The Female Mind Can Bring Innovation To Established Industries”, as an article in Forbes was titled. The article repots that women are better at certain things such as multitasking, understanding situations, ie being adaptability and empathy, all of which are useful traits for nurturing and engaging with innovation.  Men of course have things they  are better at too, these include focus, analytical skills, and delivering solutions. (I am sure you are aware that in order to innovate we need both skill sets.)  In their 2017 report, Women Matter – Time To Accelerate, 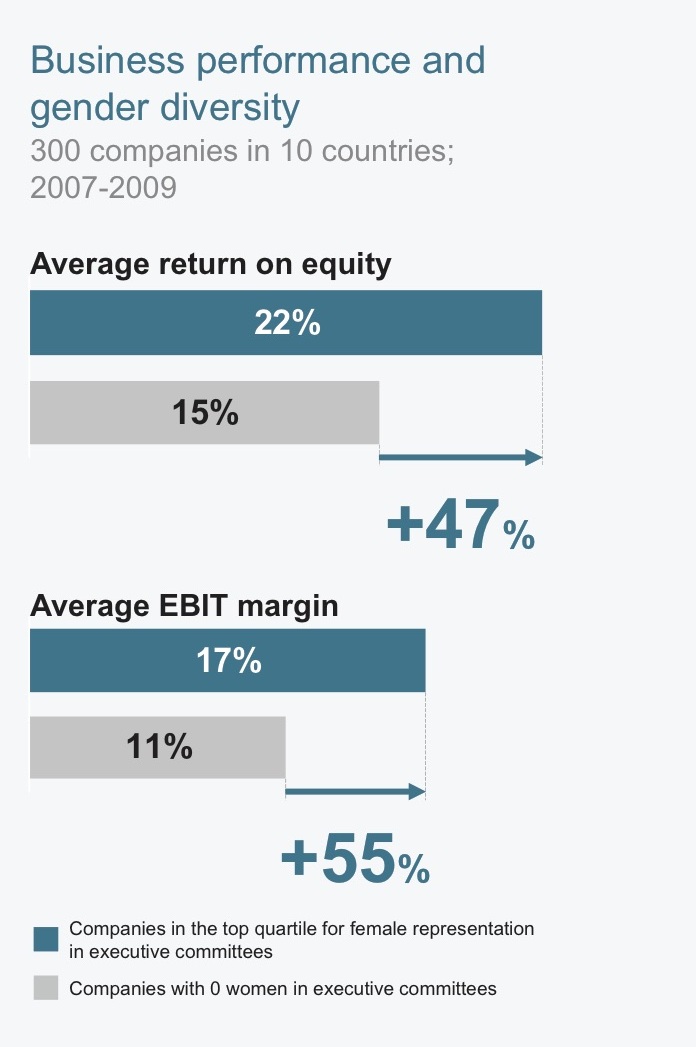 McKinsey point out why women’s contribution is particularly relevant in the context of the 21st century. Identifying nine positive leadership behaviours that are typically found in corporations, they noticed that men and women exhibit these behaviours with different frequencies. Five of these were used more often by women than men: people development, expressing expectations and rewarding success, role-modelling, inspiration, and participative decision-making. They then linked the nine leadership behaviours with nine dimensions of organisational performance, ultimately enabling them to identify the contribution of male and female leaders to company performance and came to the conclusion that the leadership behaviours most frequently used by women are the ones most effective in addressing future challenges.

You may also want to take a look at high masculinity and low masculinity cultures as defined by Hofstede and ask yourself, which ones are better suited to deal with the VUCA (volatile, uncertain, complex, ambiguous) conditions of the 21st century. 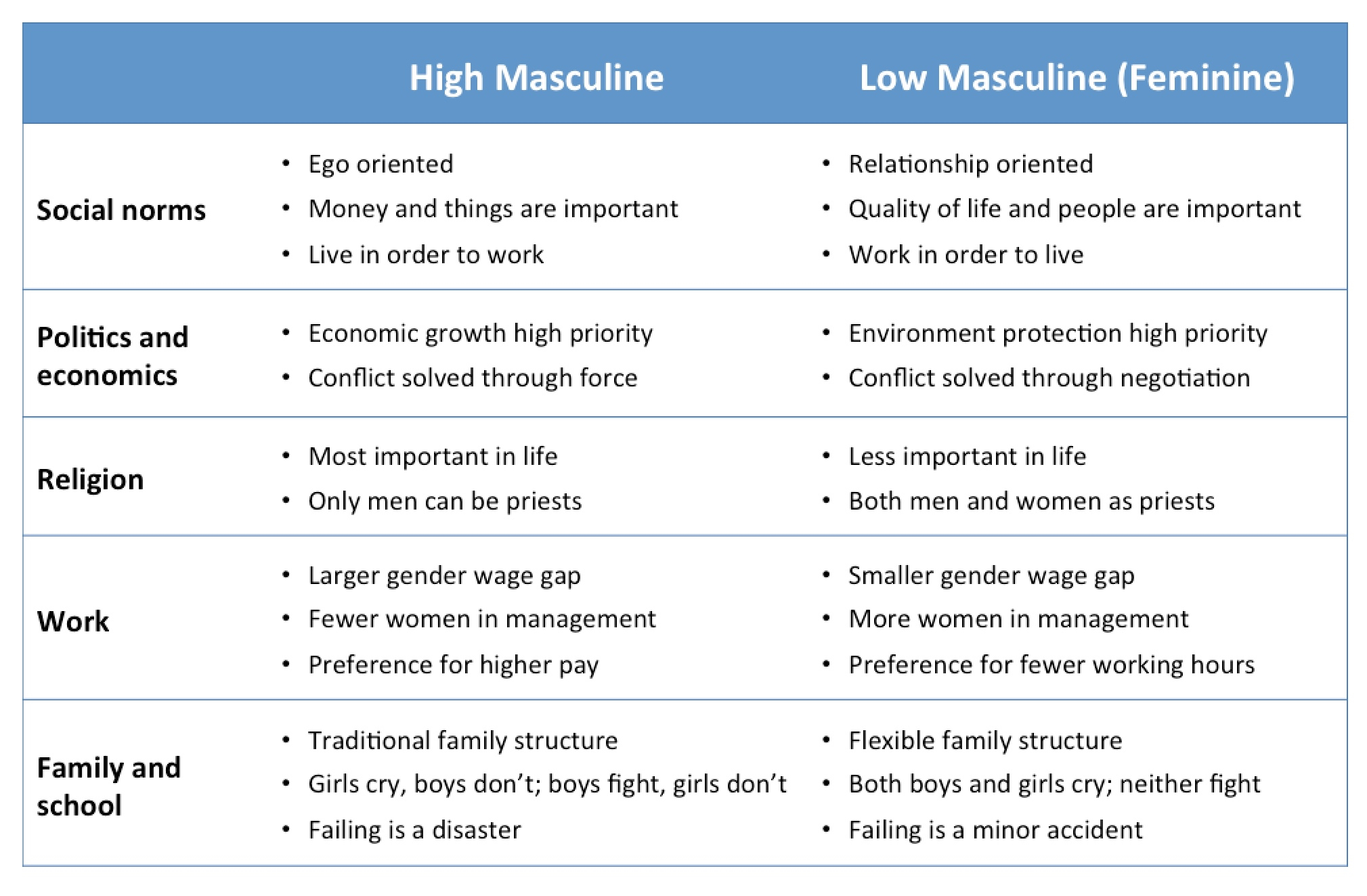 Yet despite all of this, if you’re looking for investors to help you start a new business, it helps to be white, male, attractive-looking, and living in a place like Boston or San Francisco. If you have a top-ranked university to throw in even better. Back in 2014 Alison Woods, a Harvard Business School academic conducted some experiments to see whether there were any biases toward certain groups. Even when pitching the same idea men were 60% more likely to get funding than women. Interestingly attractiveness seems to be rather important: attractive men were 36% more likely to be successful than their less attractive counterparts.  Read more about “Why Venture Capitalists Aren’t Funding The Businesses We Need” here.

Perhaps more women in venture capital would help?  Currently they only make up 7%.  There are indications that more women are becoming angel investors, and entrepreneurial activity of women is up by about 10%, narrowing the gender gap by 5% since 2014. More women investors would be great for another reason: women have been found to invest more responsibly than men. Read more about it here.

So there clearly is some good news, and it seems that things seem to be improving. But there is clearly a long way to go yet – indeed, the World Economic Forumestimated that it will take another 100 years before we truly reach gender equality.

So, what is going on? It just feels so much like the “innovation issue”.  We know we need it, it is good for us, it drives (commercial) success, yet somehow we seem to struggle to translate this into action.

At least in the case of ‘women’s issues’ has nothing to do with behaviours, like, women not being assertive enough. A study by Harvard’s Stephen Turban, Laura Freeman and Ben Waber suggests that differences in promotion rates between men and women in a particular company were not due to their behaviour but to how they were treated, ie that biases were at work. According to them, a ‘bias’ is at the root of people behaving in the same way but being treated differently. They state that, “Our data implies that gender differences may lie not in how women act but in how people perceive their actions.”

And I do not seem to be the only one, many of my women friends feel similar. As synchronicity has it, I just came across one of them earlier this week: Danielle Morgan, who has left the corporate behind to do her own thing.  Here is why: 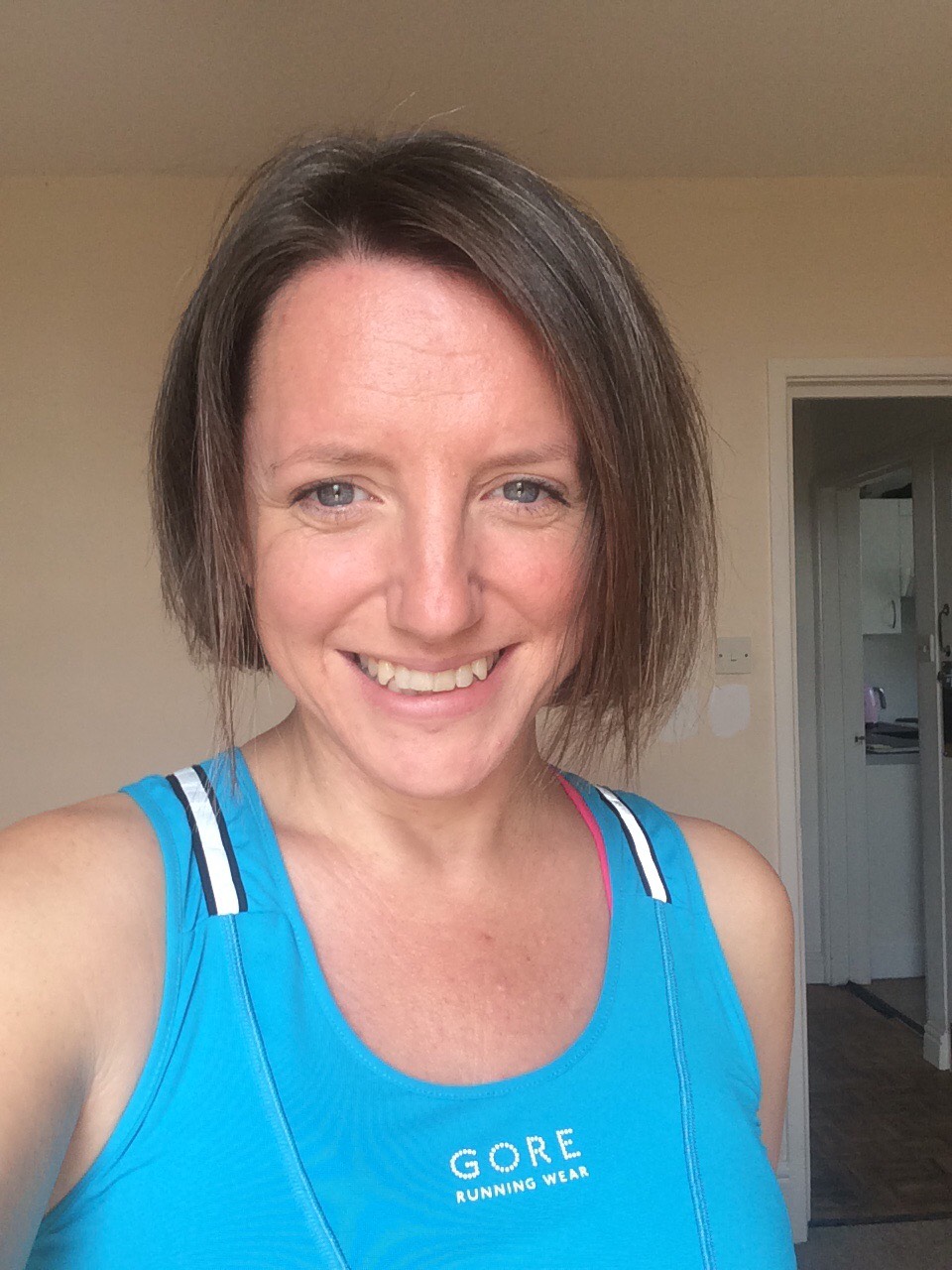 “The main reasons I stopped the corporate life were 1) It was all very political, lots of time wasted justifying why I was in the role and not enough doing 2) getting promoted didn’t mean anything anymore and wasn’t fulfilling, just a bit of a childish game that I was no longer interested in 3) to reclaim time and flexibility, I am an adult and wanted my own time back to spend my way

Becoming a contractor has allowed me the time to write a sci-fi novel, become involved with the community, run a singalong and social group and explore setting up a business to help other creators become independent and generate an income whilst doing what they love.”

As usual, I am not the only one who has cottoned on to this.  A study conducted byWomen’s Success Coaching found that despite organisations’ investment on increasing gender diversity there seem to be other things at play that prevent gender parity in the C-suite. They argue that organisations don’t understand what the women want and need to be successful. Amongst other things they suggest that instead of assuming that women want the same as men companies should offer custom assessment of what high potential women want and need for career support 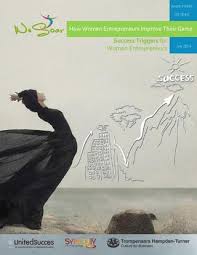 As we have talked about entrepreneurs a lot, you may also be interested in a study conducted by Madeleine van der Steege who investigated what the drivers of success are for female entrepreneurs.

Given the contribution women have to make, given the state our planet is in, can we really wait a 100 years for gender equality?

How to change it?  I am afraid, it is, as usual, all in the mind. Did you know that pink, considered to be a softer version of red, was the colour of choice for boys back in the Victorian era, and that the colour blue was associated with the Virgin Mary and therefore femininity?  Advertising in the 1950s changed this when using pink to target girls.

Is it not about time to change our mindset about women’s equality too, and ensure it truly happens?

Having thing examples to inspire and show what’s possible is always helpful, so here the link to an article with “All the sustainable ladies: 10 women who will inspire you“.

And if you need a little light relief, and some laughter to get your mind out of the red, have a look at Mark Gungor’s take on the brain of men and women.