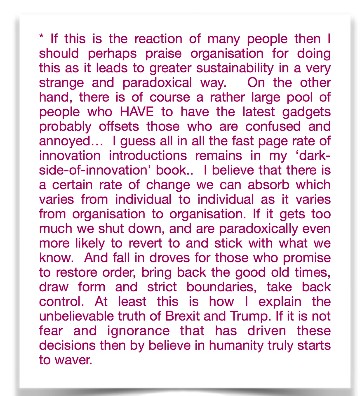 I am sure I have told many of you my theory that 24 hours today are not what they used to be 25 years ago.  I am convinced of that.  If everything is accelerating, why not time itself? (When I shared this with my younger son (14 at the time) and suggested that perhaps all comes down to time and energy he just replied, “perhaps even time is just energy”.)

It definitely seems to me that many things are accelerating at a speed that is difficult for us humans to keep up with.  Take something trivial the fast-paced introduction of product iterations.  It confuses the hell out of me and leads to me postponing new purchasing decisions for as long as I can.*

Take self-driving cars.  We have not really got a moral code for designing the algorithms that decided whether the car should protect its driver or the maximum number of lives.  Perhaps we will leave those decisions to computers as well?**

Regulations, standards, laws, all these things lag behind the developments and possibilities of technology, and many ways of the systems, processes and procedures by which we humans operate remain in the analog world. Education and government*** are two critical ones that come to mind. While there are some forward-thinking initiatives by organisations such as the RSA – see their article on ‘Outdated public services must empower people to achieve change‘ or NESTA – see their blog on “The case for greater use of collective intelliigence in government“, and of course there is Estonia, a country which aims to run itself like a startup, but as a whole governments fail to keep pace, and seem unable to deliver what is needed to prepare and cope with the ever faster changing, complex context in which

we live.****  It seems that we continue to fuel the fire of acceleration, hastening the speed of change rather than putting on the breaks to allow all parts of the system to catch up.  What do you think happens when we allow different parts of the system of which everything is part to accelerate at significantly different rates? At best some parts of the system ‘break off’, at worst the entire system collapses and disintegrates.

In my teaching and executive programs I use a wonderful exercise that allows people to experience operating in complexity – which to me is the overriding key characteristic of the 21stcentury.***** Members of a group (between 15 and 25 works best) are asked to choose two other people of the group with whom they will form equilateral triangles.  Once the exercises starts, participants are asked to move until everyone

is in their respective equilateral triangle – without talking, just by observing, and moving.  This simulates the conditions of a complex system which exists of many connections which are unpredictable and unknowable, and that impact and influence each other. If no further instructions are given the following happens: people start to move slowly, then see that their ‘corners’ keep moving away from the desired equilibrium; so they start to move faster, and faster, and faster,

until everything ends in utter chaos and everyone gives up, frustrated and out of breath. Two very simple instructions prevent this from happening: (1) asking participants to move slowly and (2) keep moving slowly until the entire system comes to a still stand.  In this scenario it always works, always, and it never takes longer than a few minutes, be it students, innovation experts, or banking executives.****** 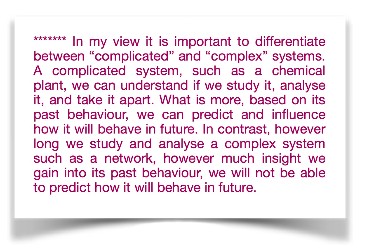 When debriefing the exercise and asking executives how they felt, the response is often: “Like business! Trying to keep an eye on too many things, and moving faster and faster, not getting anywhere.” Indeed, this is what seems widespread and connects with something I have observed while running Innovators Anonymous, the Innovation Leadership Forum’s networking group (2004-2017): people have more and more on their plate, have less and less time for each individual task and are running at a faster and faster pace, leaving less and less time to observe, reflect, think. What comes to mind is the Monty Python video clip on ‘The race of people with no sense of direction‘….

When surrounded by fast paced change the trick is not to join in but to observe and slow down – not to come to a still stand but keep moving slowly.  Think about it: reacting from a stationary position requires some energy to get moving; moving too fast makes it difficult to change direction.  It is moving at a gentle pace that allows us to adjust direction with ease and speed – while also having enough energy to process and reflect on what we observe. 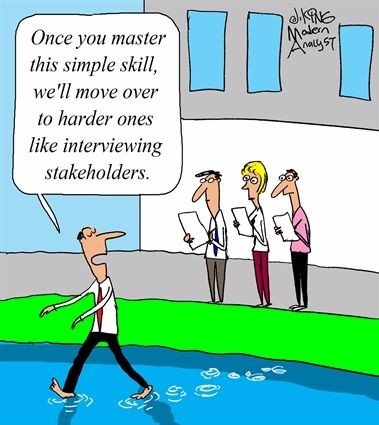 However, succeeding in complex systems is not quite that easy.  In order to succeed it is important for everyone to know the rules, and know the task (vision / direction) so that each and everyone being part of the complex system can assess the feedback they constantly receive (by observing) and judge whether it brings them close to completing the task (vision).  They need to be able to have freedom of choice, ie chose the direction in which they move in order to create greatest benefits for the entire system. This brings us to the most challenging precondition for succeeding in a complex system: everyone needs to have the will to take responsibility, and ability to complete their assignments. 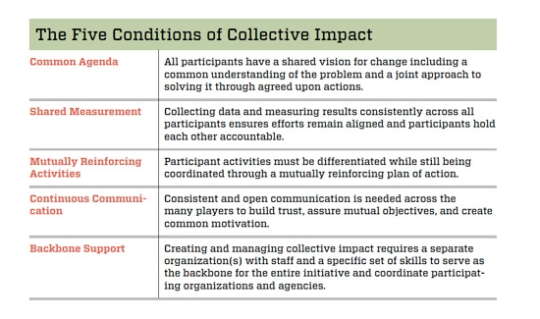 Can you see the challenge? Succeeding in complexity requires from leaders to empower, enable and delegate; it necessitates that they move from exerting control to becoming a facilitator.  It requires to slow down when everything else is speeding up which goes utterly against the grain, and hence requires tremendous courage and deep confidence.

Take encouragement from French philosopher Jean-Jaques Rousseau: “Take the course opposite to custom and you will almost always do well.” 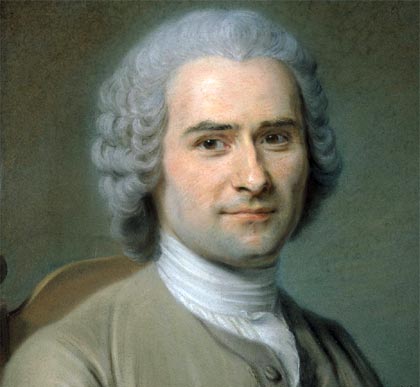